West Cornwall GC yesterday overcame the disappointment of losing in the final of the 2018 President’s Trophy when they overcame China Fleet 6.5 - 2.5 at Newquay to lay their hands on this year’s trophy.

Over 18 holes of singles matchplay in dry but very windy conditions West Cornwall emerged victorious as Fleet only managed one outright victory through Matt Fox as he defeated County Senior Rod Handyside 5&4.

Three other matches were close though as halves were the result of encounters between Charl van Niekerk, Adam Sutton and Jon Rowley for West Cornwall against Damien Sanders, Martin Cleave and Scott Summerfield respectively. 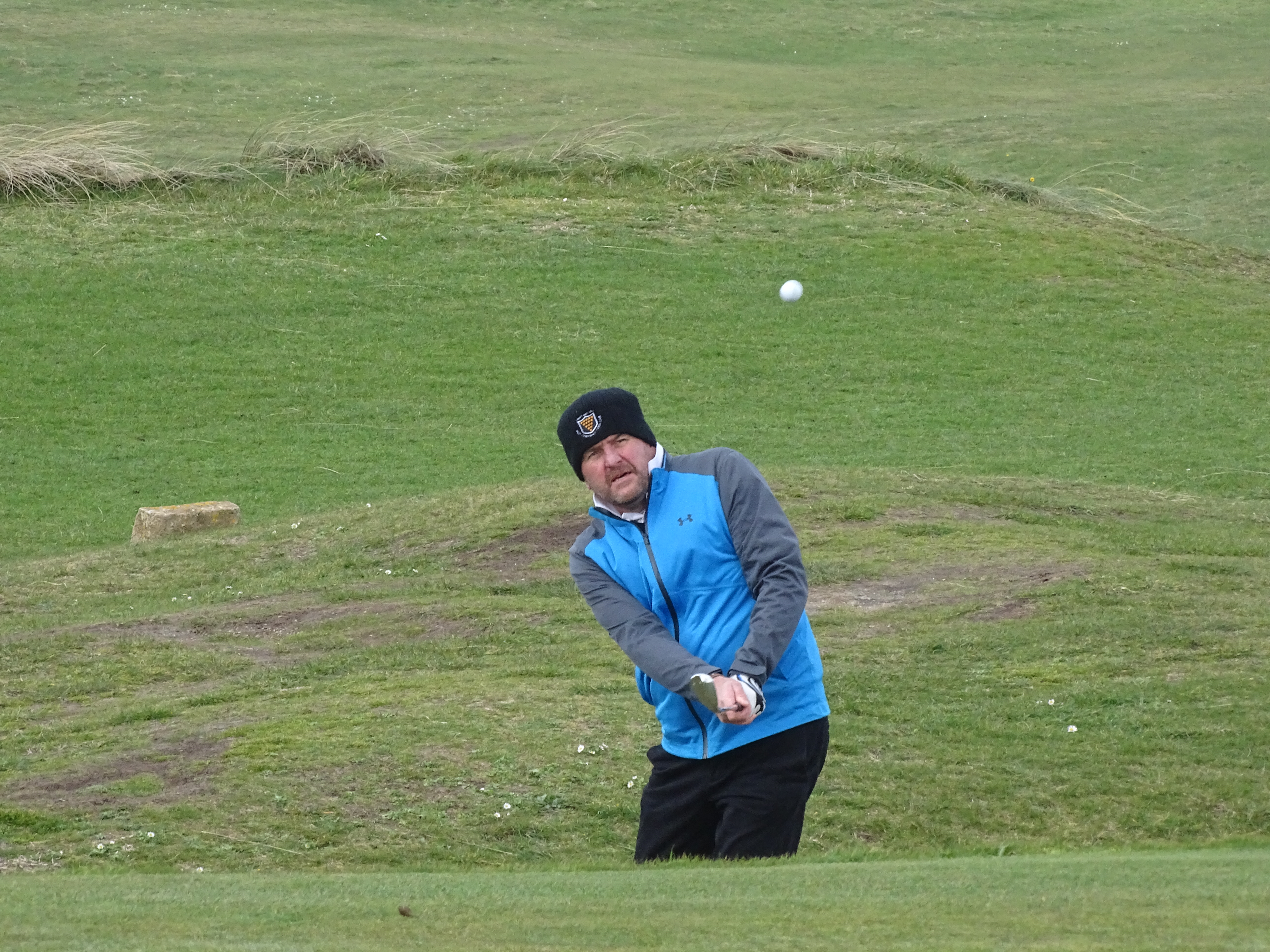 In the final match on the course West Cornwall’s Richard Bunch (seen above chipping at 17) claimed a 2&1 win over Lee Kingdom.

Both teams were congratulated by CGU Secretary Chris Pountney who presented the prizes together with CGU Executive Committee member Antony Richards. Pountney made mention of how this year’s competition had been entered by 17 of the county’s 33 affiliated clubs indicating its increased popularity placing players of different categories into the same team and providing a degree of additional bonding within clubs.

China Fleet team Captain Stephen Weeks congratulated West Cornwall on their win and thanked his team for their effort across the winter. He thanked Newquay GC for staging the finals as did West Cornwall Team Captain Andy Postans who thanked his own team and said how delighted he was for them especially as a number had played in the 2018 losing side.

Below - A very happy bunch of West Cornwall players supporters and caddies brave the cold wind to capture the moment. 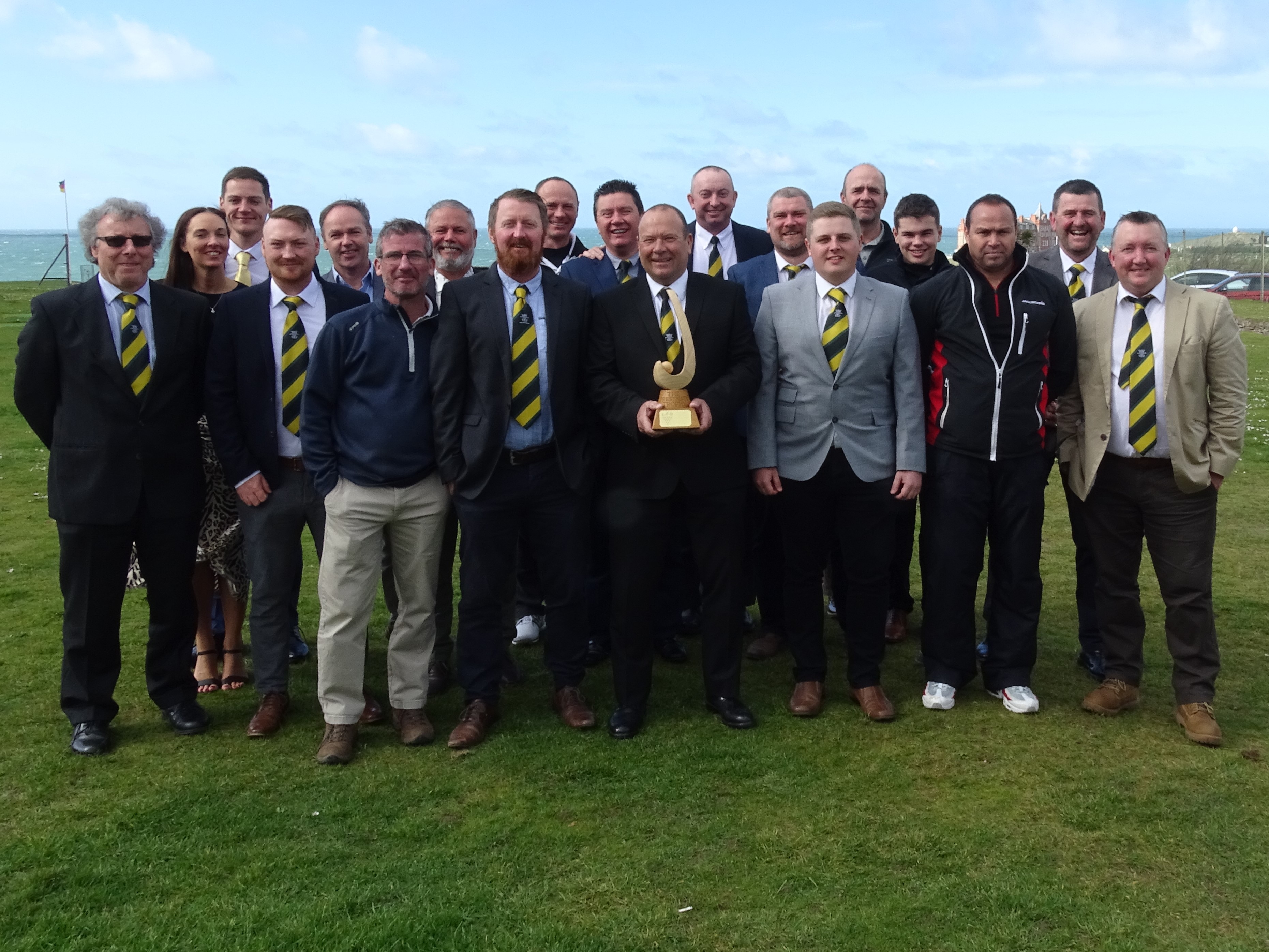 The Point at Polzeath and Launceston are Champions 2020

Chance to Play in European Legends at Trevose

Devon In One Point Win Over Cornwall U18s

Seniors See Off The U18s

Grants of National Lottery funding up to £5,000 could help repair damage to pitches and facilities.
Read More...