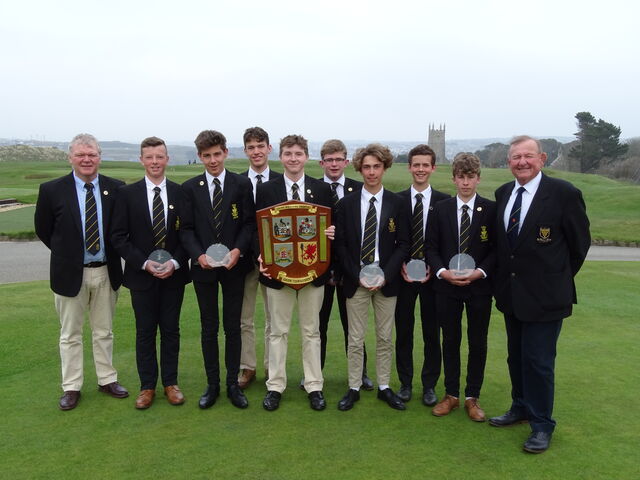 Staged every year this event comprises a morning Stroke Play round for both the Individual and Team Stroke Play Championship, followed by three round robin Inter-County matches to determine the Inter County Match Play Championship. West Cornwall GC was presented in excellent condition by Course Manager Keith Kemp and his team and both days saw good and relatively benign golfing conditions apart from one hour of rain at the very start on Wednesday. The sun even made a welcome appearance on day two although temperatures were in the main cool.

Cornwall (467)as a team did not perform well in the strokeplay and finished bottom of the pile some 43 shots behind winners Dorset (424) who were able to discard a 4 over par 73 from their 6 counting scores. Three players tied on level par 69s, two from Dorset, Harvey Randall and Rhys Harrison, along with Somerset’s Dylan Xanh..Devon (448) were runners up with Somerset (454) third placed.

Best performers for Cornwall were Cameron Gurd (Perranporth) with an excellent 1 over par 70 and Ricardo Sanchez (Truro) with a 74.

In the early evening playoff which followed the first matchplay games it was Dorset’s 13 year old and very impressive starlet Harrison (Broadstone GC) who claimed overall victory and became SW Four Counties Champion by being 1 under par through the three nominated playoff holes.

On Wednesday afternoon the matchplays got underway as Dorset took on and halved their match with Devon, whilst the Duchy team faced Somerset. Bruised from the strokeplay disappointment no words were needed to motivate the boys for this match and they duly delivered an impressive 8-6 victory with singles wins for Captain Joe Reynard (Trevose) 3&2, George Law (Perranporth) 1 up and Gurd (2&1) whilst in the foursomes Lewis Bradley (St Enodoc) partnering Sanchez claimed the biggest winning margin for Cornwall by 4&3. 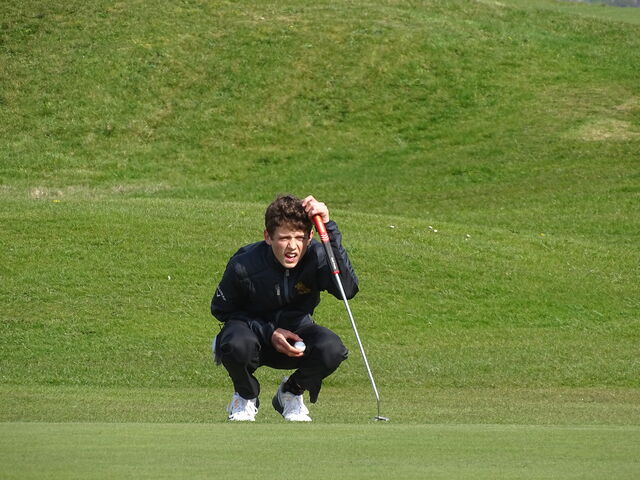 Dorset played Cornwall with Devon playing Somerset. In the latter match Somerset claimed a 10- 4 win over Devon. The Cornwall team yet again produced a great performance to claim an overall 8-6 win over the strongest of the other counties as Reynard (3&2), Gurd (2&1) and Lewis Woolaway (Perranporth 2&1) claimed singles victories whilst Liam Wilson (Truro) halved his game. Bradley and Sanchez also claimed a valuable half in their foursome.

Having claimed two wins the odds were in favour of Cornwall claiming the matchplay shield and hopes were high the team would go undefeated in the afternoon as they faced neighbours Devon whilst Somerset were taking on Dorset. 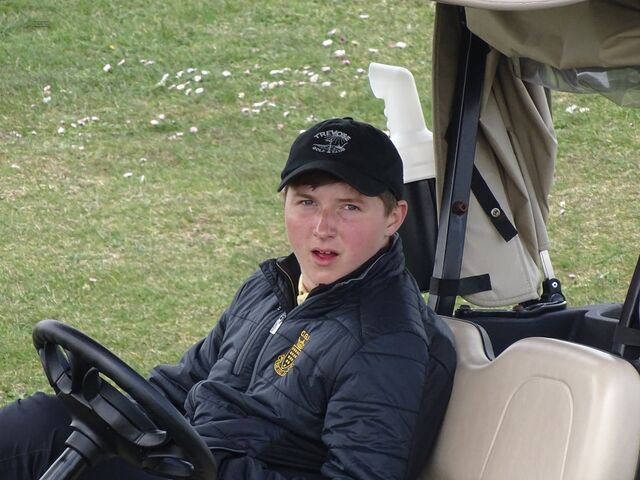 Perhaps just beginning to flag a little being undefeated at matchplay was not to be the case although at the top of the order Captain Joe Reynard (pictured above having a well earned rest) leading by example as he demolished Devon’s Craig Passmore 8&7. Reynard’s win was however to be the only win of the afternoon although George Law fought out a half in his match. Perhaps the unluckiest player throughout and in one of his last events as a junior was West Cornwall's own Finn Rule. Even in his last match and with everyone willing at least a half point for him, he lost on the very last hole to a great up and down from his opponent. Cornwall eventually lost 10-4 but prior to the conclusion it was clear Dorset had beaten Somerset and in turn this meant Cornwall could not be caught at the top of the matchplay table and had won the Matchplay Shield for 2018.

At the prizegiving the four counties were welcomed to the West Cornwall club by Club President David Inch, who presented the prizes, Club Captain Steve Turner and CGU Juniors President Alan Lund. Lund along with all the prize winners heaped praise on West Cornwall GC for the excellent condition of the course and the customary excellent meals provided to players and officials by Andy and Cara Smith and their team..Club secretary Gareth Evans and assistant Phil Cooke were also singled out for thanks in terms of the many arrangements they had made both before and during the event,

Cornwall U18 Manager Gary Andrew was very pleased with his team’s performance. “The strokeplay team result was a disappointment. We had prepared well but unfortunately it was one of those occasions when it just didn’t happen. As manager I didn’t need to say anything to the players, they knew and were all disappointed with themselves, however, the way they picked themselves up and bounced back with grit and determination to go on and win the matchplay shield makes me a very proud man”