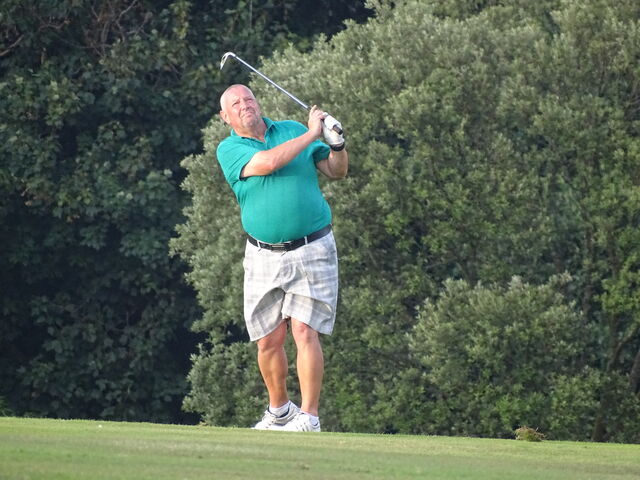 The 2017 CGU Seniors Champion is Simon Harper (St Austell, pictured above) who yesterday claimed the title, for the second time in 3 years, in dramatic fashion after a marathon 7 hole playoff with Malcolm Edmunds (West Cornwall) at a beautifully presented Truro Golf Club.

Harper and Edmunds had both finished regulation play with rounds of 72 and so under the watchful eye of CGU President Glyn Rowett, commenced a playoff initially over holes 1 and 11. The playoff which followed produced some excellent golf as neither Harper or Edmunds dropped shots throughout. The pair played holes 1 and 11 twice but could not be separated and with their agreement moved to the 12th, 17th and 18th holes. Holes 12 and 17 were then halved again in pars with the latter hole in particular seeing two excellent approach shots to a back left pin on the two tier green followed by two good putts from both. It was clear something special was going to produce a winner and so it transpired.

Both Harper and Edmunds hit good tee shots on the 18th and when Harper ran through the green and down the bank at the rear of the hole it appeared the door might be open for Edmunds, who sensibly hit his second into the heart of the green. As the watching spectators sensed this might be the moment for 71 year old Edmunds, Harper produced a moment of magic. From some 30 feet away his chip rose up over the bank landed softly on the green and rolled into the cup for a birdie 3 accompanied by his fist pump and shouts from the small crowd both on the course and the club balcony. Edmunds was now faced with having to hole his putt and whilst he made a good effort the ball failed to drop and the two players, so often team mates in the county seniors team, embraced. 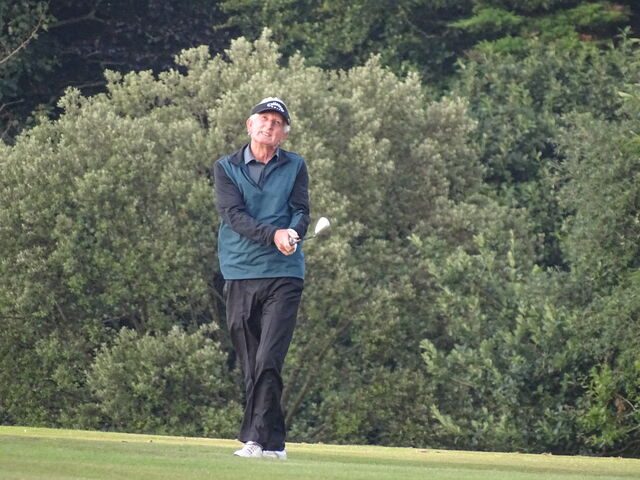 At the prize giving Harper, who won the title in 2014 at Perranporth, paid tribute to his opponent Edmunds (pictured above). He also expressed a heartfelt  appreciation to Truro GC saying the course had been in absolutely splendid condition, something expressed by many of the 100 competitors who participated on the day and added to by CGU President Rowett who thanked all those involved at the club for their contribution to the success of the event. He too singled out the greenkeeping staff for appreciation. He was pleased that competitions staged by the CGU were being played at many different venues around the county and that the clubs involved had all proved they were worthy of hosting them. Truro GC Captain Phil Hodges welcomed all those who had taken part and said how proud the club was to have not only hosted this competition but also the Seniors Channel League match between Cornwall and Somerset the previous week.

Harper said “I am obviously delighted to have won this again. Last time I had a comfortable lead sat in the clubhouse but this time was very different. The course was in exceptional condition but scoring on it was not so easy. I have been here a few times in the last month and that has helped. The playoff saw some great golf and it was also good fun to be part of with Malcolm.” 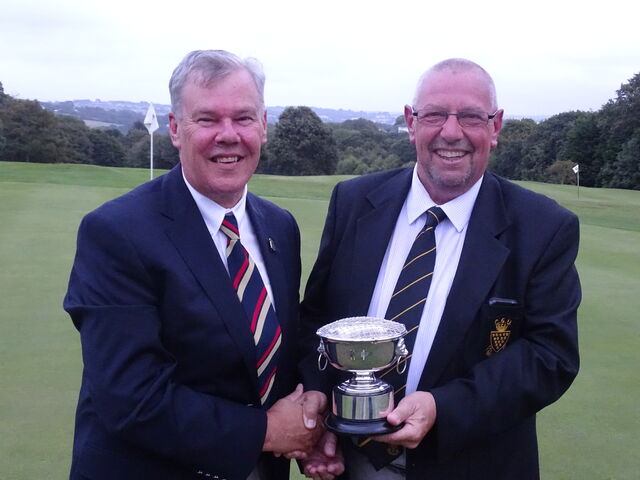 A total of 100 seniors took to the course an, aside from the county championship proper, competed in a stableford competition in five separate age categories. On the day the CSS went up by 2 shots from 67 to 69.