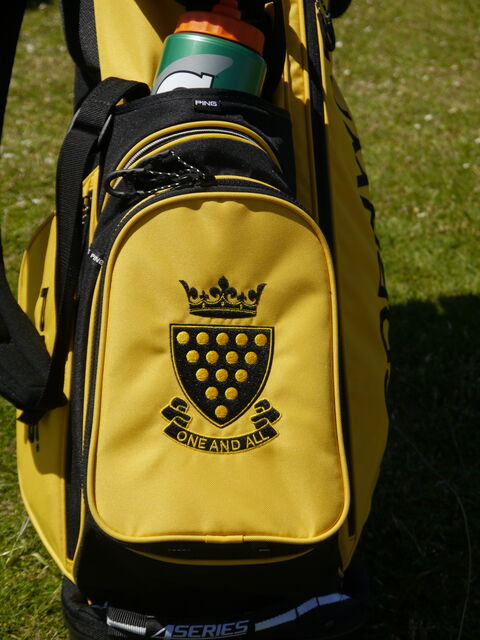 The Cornwall team were beaten today by Dorset on Day 4 of the SWCGA Inter Counties Matchplay Shield at Royal North Devon GC. In a keenly contested match Cornwall had taken a lunchtime lead after winning 4 of the morning singles and halving one. This meant a 4.5 - 3.5 lead.

In the singles there were wins for Conor Wilson (2&1), Chris Fleming (4&2), Harry Hall (4&3) and Rob MacGregor (6&4) whilst Matt Richards claimed what was at that stage an excellent half on the last hole having been 2 down in the closing stages of his match.

The afternoon foursomes however provided a sting in the tail from a Dorset side who had yet to win a match. The first foursome for the Duchy comprised Conor Wilson and Chris Fleming who went down 4&3. The subsequent three foursomes were all halved and in the format where a foursomes win  counts for 1.5 points this meant the final result was Dorset 7.25 to Cornwall's 6.75.

Hall and MacGregor halved their match on 18 as did Ian Veale playing with Joe Cruse. In the last match on the course Richard Jasper and Josh Greenaway came to the 18th tee 1up but unfortunately Jasper's drive took a bad bounce and kicked into the water hazard. When Dorset found the green and safely two putted that game too was halved and Dorset had claimed the victory.

The result leaves Cornwall in second place in the matchplay table with one day to be completed. Cornwall are on 31.25 points behind leaders Somerset on 31.5. Tomorrow (Friday) Cornwall face Devon with an 07.45 start.